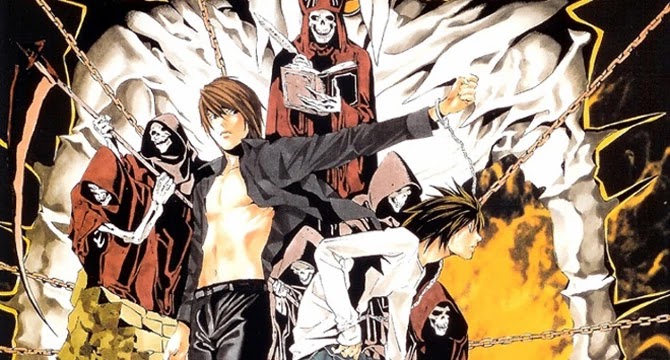 Netflix released the full trailer for its live-action adaptation of Death Note, giving fans a close loon at the main characters, including Light, Ryuk, and L.

The liveaction adapatation film of Tsugumi Ohba and Takeshi Obata‘s original manga series will exclusively premiere on Netflix Augustust 25. Death Note was first serialized in Shueisha’s manga magazine Weekly Shōnen Jump from December 2003 to May 2006. The 108 chapters were collected and published into 12 tankōbon volumes between May 2004 and October 2006. An anime television adaptation aired in Japan from October 3, 2006 to June 26, 2007.

The film follows a high school student (Light)
who comes across a supernatural notebook, realizing it holds within it a great power; if the owner inscribes someone’s name into it while picturing their face, he or she will die. Intoxicated with his new godlike abilities, the young man begins to kill those he deems unworthy of life.