Netflix revealed on Wednesday it is developing an original CG anime series remake of Saint Seiya (Knights of the Zodiac). The streaming service announced the news at its “Netflix Anime Slate 2017” event on Wednesday.

The anime series titled Knights of the Zodiac: Saint Seiya, will be produced by Toei Animation and is being directed by Yoshiharu Ashino (Tweeny Witches, CROSS ANGE Rondo of Angel and Dragon). Eugene Son (Duel Masters, B-Legend! Battle Bedaman) is writing the show’s script, and Terumi Nishii (JoJo’s Bizarre Adventure: Diamond Is Unbreakable, Penguindrum) is designing the characters. The anime’s first 12-episode season will feature the story from the Galaxian Wars to Silver Saints arcs of the manga. Each episode will be about 30 minutes long. 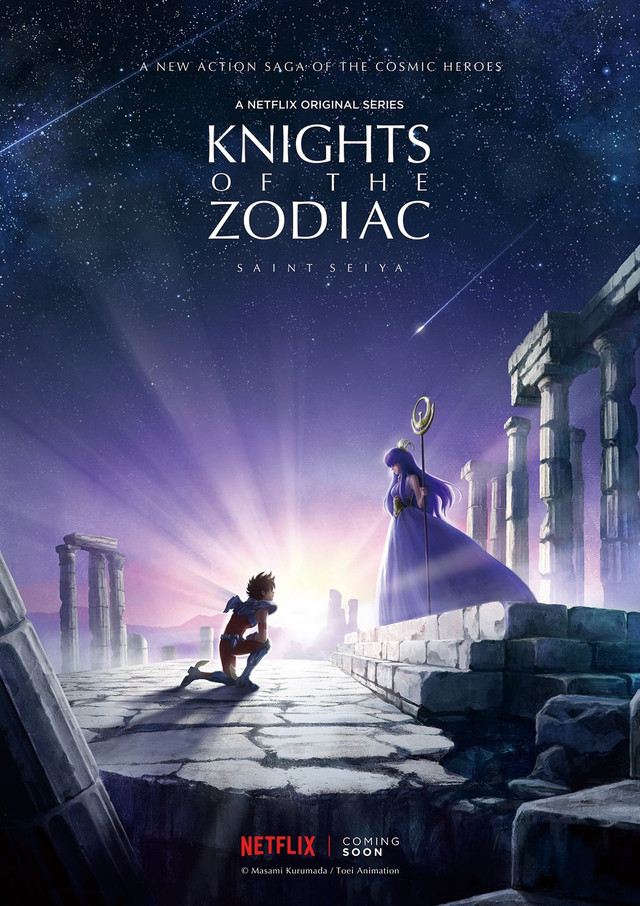 Knights of the Zodiac: Saint Seiya follows modern day adventures of young warriors called “Knights”, who are sworn protectors of the reincarnated Greek goddess Athena. Each Knights wears a powerful armor based on their chosen zodiac constellation, and are called Knights of the Zodiac. They aid Athena in her battle against powerful Olympian gods who are bent on destroying the humankind.

Masami Kurumada launched Saint Seiya: Knights of the Zodiac (Seinto Seiya) in Weekly Shōnen Jump from 1986 to 1990. The manga’s anime series adaptation by Toei Animation ran from 1986 to 1989.