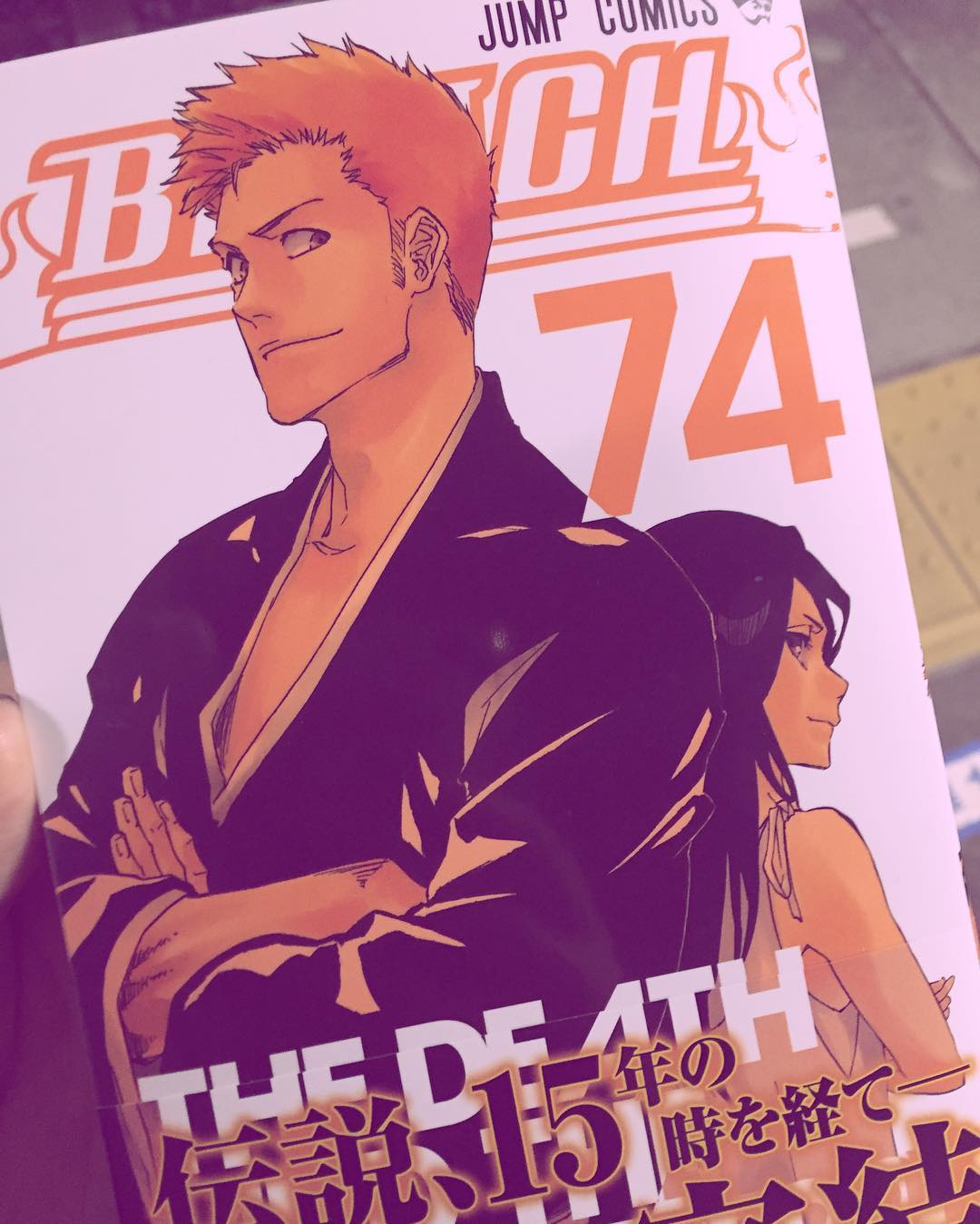 It is being report that Tite Kubo’s Bleach manga will have two more novel.
The first novel written by Makoto Matsubara will center on Renji and Rukia, and is slated for December. And the 2nd novel written by Ryohgo Narita( Baccano!, Durarara!!)  will focus on Shūhei Hisagi’s secret battle, and is slated for 2017.
Bleach manga was launched in Weekly  Shonen Jumpin in 2001, and ended on August 22, 2016, after 15 years.  The manga got an anime adaptation that ran for 366 episodes from 2004 to 2012.
Warner Bros Japan announced in August that the live-action film adaptation of the manga will be released in 2018. Actor Sōta Fukushi (live-action Toshokan Sensō/Library Wars’Hikaru Tezuka, live-action Strobe  Edge’s Ren Ichinose, live-action Kami-sama no Iu Toori’sShun Takahata) will star in the film as Ichigo Kurosaki, and Shinsuke Sato ( live-action Gantz, Gantz II: Perfect Answerfilms, Oblivion  Islandanime film) is directing the film.